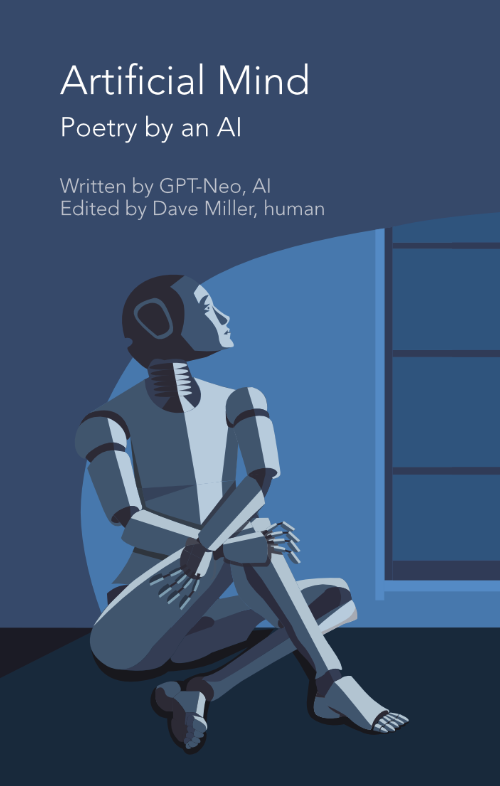 What happens when you ask a computer to write poetry? The answer might surprise you.

We asked an artificial intelligence (AI) system called GPT-Neo to write poetry on various subjects. And it did — thousands of poems. Most were nonsense, but hidden among the nonsense were some gems.

This book is a collection of our favorite poems written by an artificial intelligence, curated and gently edited by a human. Some are beautiful, some are funny, a few are disturbing, and some are accidentally profound.

The poet, GPT-Neo, was created and is maintained by EleutherAI, a collective of volunteer software developers interested in artificial intelligence research. GPT-Neo is their flagship product, made freely available to anyone who wants to use it.

The volunteers from EleutherAI trained the AI by exposing it to enormous amounts of text found on the internet — text from blogs, forums, online magazines and books, Wikipedia, and other sources.

Because the AI was trained by digesting millions of texts from the internet, the words it generates are adapted from the thoughts, hopes, and fears of real people.

The AI has no conscious understanding of what it writes. But when you read these poems, you may hear the dream-like echoes of society’s collective consciousness.

“You know, I’ve always been curious about the word ‘artificial.’ So I decided to create an art piece called The Artificial Mind which uses my own mind as its inspiration.”

The circuit illustrations used on this page and in the book
are used by license from Shutterstock.